We wish our members peace and happiness this Christmas and throughout the New Year.

27 Members were in attendance with 24 proxy votes received and registered. The minutes of the previous meeting, the financial report and the Auditor’s report were submitted and accepted. The current Committee was returned unopposed with the addition of one, Mr Colin Guttierez. We have undertaken useful strategic planning about the work remaining on A72-176, particularly about what sort of exhibit we want, which parts of the Liberator should be operable and which only for display. Margot Muller received Life Membership with a Certificate of Merit. This was in recognition of her long-term event catering management skills and support of numerous group visits to the hangar. 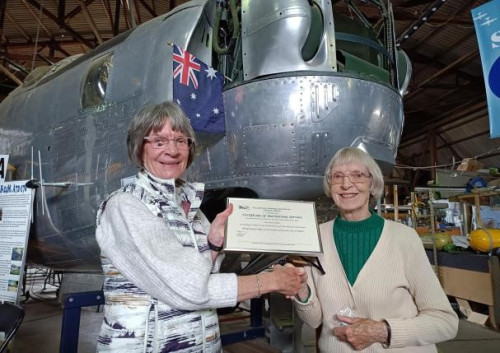 Graeme Hore was the recipient of the annual Ken Bullen award in recognition of his work at home during the Covid pandemic, and utilising new technology to produce precision small parts for our projects.

We had another very useful Stakeholders’ meeting about the Hangar 1 project at the beginning of December. There was a comprehensive report from Melbourne Water about the various permit applications and plan modifications submitted to Heritage Victoria and Wyndham City Council, as well as key dates. There was good news that the relocated and refurbished Hangar 1 should be handed over to us in October 2025. Attendees were able to liaise about the permission required for a slight change to the amount of land to be handed over to our group to accommodate Hangar 1. So, it seems that our year will be ending on a positive note. I wish you all a safe, healthy and happy Christmas and year ahead.

A copy of the landscape plan for the completed museum complex was presented for our information at the Stakeholders’ meeting on 6 December. The plan is comprehensive and will add to the attractiveness of our site.

The tail fins will be removed from the horizontal stabilizer to allow the final fitment of the elevator controls and installation of the navigation lights wiring looms. 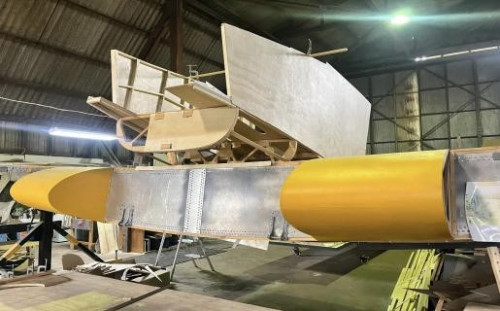 A review of the requirements for assembly of the rear fuselage is now in progress. Some re-organising of floor space will be required.

Attachment of the wooden fuselage spacers is continuing. Small detail assemblies that we removed from other procured sub-assemblies are being trial fitted. Four additional volunteers are currently attached to the Anson project and are involved in the restoration of fuselage window frames. Preliminary work on the pilot’s foot controls has commenced, and these are due to be fitted in early 2023. Floor space for further work is at a premium and will be reviewed in early 2023. 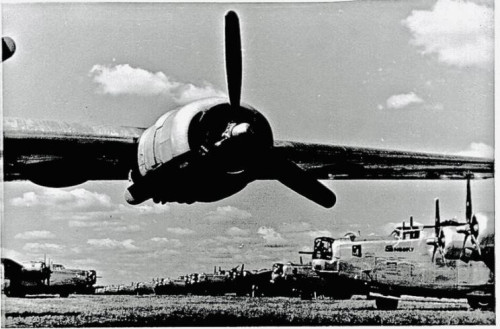 This is thought to be the final 24 liberators that were delivered to the RAAF and never allocated to operational units. They were struck off charge in 1952 and became scrap items. This disposal method was common and involved not only RAAF stock. Photo records of Werribee fields illustrate that it was completely filled with redundant aircraft, with a mobile incinerator located near Hangar 1. 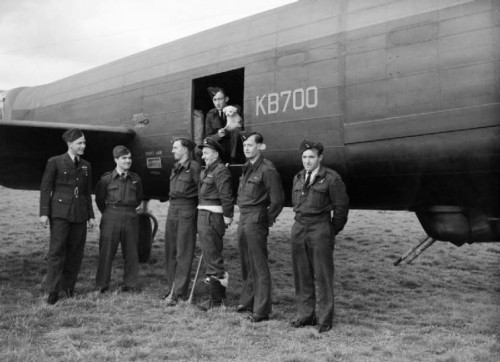 Under turret fitted to a Canadian-built Lancaster

It is not unusual during hangar tours for visitors to compare the Liberator to the Lancaster. A common question is, ‘Why did the Lancaster not have a ball turret like the Liberator?’ Apparently, someone in the UK War office calculated the weight of a ball turret would reduce the number of bombs carried per mission. The Royal Canadian Air Force (RCAF) had a different set of values and fitted an ‘Under turret’ with twin 303 machine guns. 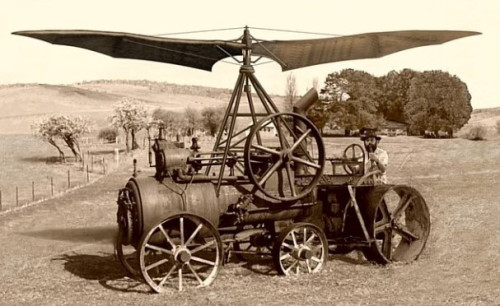 Consolidated’s first application of the Davis wing was on the Model 31, the US Navy’s P4Y Corregidor, a 1939 Flying Boat. The wing design was adopted and fitted to all production Liberators.

We are still searching for a redundant public address that could be used in the hangar. Can you help?

14-15 January 2023 we shall participate at the Classic Truck Show, Geelong Showgrounds, including having an engine run. 3-5 March 2023 Avalon Airshow.
11 March 2023 Scoresby Steam Fest