The story of the Australian B-24 Liberator Long Range Heavy Bombers in the South West Pacific Area during World War II.

For an inspirational insight into the production of the aircraft, click here.

The Pacific phase of World War II started when the Japanese attacked Pearl Harbour in December 1941. They quickly over ran all major Pacific islands and were soon poised to invade Australia. The Allied response featured two main campaigns: 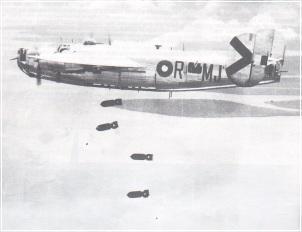 Blockade of the NEI

The most effective instruments in implementing the above strategy were the Allied submarine forces and the long range B-24 Liberator. The eastern half of the NEI was initially covered by the USAAF B-24's from New Guinea, northern Australia and mid 1944, the RAAF B-24's progressively replaced the American aircraft, so that when the war ended in August 1945 the seven RAAF squadrons were the area's dominant long range bombing force, operating from bases in Northern Territory, Western Australia, Morotai (NEI) and Palawan (Philippines). From 1944, Royal Air Forces B-24's from Cocos Island and Burma covered the western regions of the NEI and parts of south east Asia.

B-24 Tactics in the Blockade

All types of land targets were attacked including oil fields and refineries. Military bases, power stations, harbours etc., but airfields were most frequently hit to reduce the enemy's communications and his power to strike back.

There was barely an airfield in the entire archipelago which did not eventually resemble a cratered section of the moon. Because of changing priorities, the RAAF squadrons used far more low level attacks on shipping that the Americans had. The good results were a valuable supplement to the submarines' tallies.

A major departure from the blockade role started in early April 1945 when strong detachments from Nos 21 and 24 Squadrons moved to Morotai to prepare the ground for the invasion of Borneo. From then until the end of the war Morotai was the main base for those two squadrons which provided the main strike force and reconnaissance of the Australian landings at Tarakan, Balikpapan and Labuan Island.

From March 1945, No 200 Flight (equiped with 8 B-24's) engaged in clandestine operations like dropping commandos behind enemy lines. It was based in Leyburn Queensland and operated all over the South West Pacific Area. From April 1945, No 201 Flight (with 2 B-24's) engaged in radio and radar counter measures, operating from its base in Darwin. No 102 Squdron was another special unit. It was engaged in radio experimentation and was based in Queensland.

Virtually all of the RAAF foundation air and ground crews for Nos 21 and 24 squadrons were introduced to the B-24 in the US 5th Air Force Heavy Bomber Replacement training unit, either at Port Moresby, or later at Nadzab, in New Guinea. After their conversion, each crew completed about 10 combat missions on enemy targets, often in association with the Americans as mixed crews or mixed formations. But most B-24 crews were trained at the RAAF No 7 OTU at Tocumwal NSW, a very significant unit covering an enourmous area and with the establishment for 50 aircraft and 5,000 personnel at its peak in 1945.