Nothing to report. Still waiting for a response from a Government Minister. The wheels of government do move at a VERY slow pace!

As usual, we will open the hangar each day of the airshow, entry $5 donation.

Looking forward to seeing all the usual repeat visitors and lots of new ones.

Under the act it is mandatory that the Register of Members, containing name, address & phone number of all members, be accessible to any financial member who requests, in writing, to see it. The Committee has the right to restrict access, in certain circumstances.

Members also have the right to apply for access to other documentation including financial statements and minutes: Committee has the right to deny access in certain circumstances.

If you do not wish your personal details to be available to other members you can apply, in writing, before the end of June 2013, to the Secretary for your details to be withheld. The Secretary has the right to determine reasonable access. 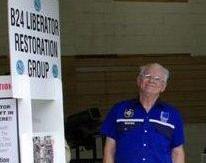 Ron, a long-time serving member of the hangar crew, passed away on 6th February 2013.

Ron had been responsible for planning & implementing the restoration work on the Liberator. His expertise & planning skills will be sadly missed.

Ron’s enthusiasm & determination was a driving force in the recent progress of the work; taking the fuselage to “lock-up” & tackling the difficult task of hydraulic pipe manufacturing & system installation. He also had the rare attribute of sharing his skills with other hangar workers thus benefiting the organisation to a great degree.

He had served on the Committee for 11 years & was committed to finishing the Liberator restoration.

Ron also worked on the Oxford, sourcing blueprints & chasing down people with knowledge from all over the world.

President Doug Lindsay says: Ron put in 2 days a week for 18 years as well as spending hours more at home on the Liberator. He was a great innovator, generally managing to find a solution to every problem. He was never too busy to guide & train new people especially young, aspiring engineering students - big shoes to fill.

Work is proceeding on the restoration of seats & structural sub-assemblies.

The sub-committee working on the new Constitution is ploughing through the reams of paper detailing the new regulations, to ensure the Constitution will meet all the requirements of the Act.

Have had a very busy start to the year. On 10th January we hosted a visit, engine run & BBQ for a group of 30+ Rotary members. 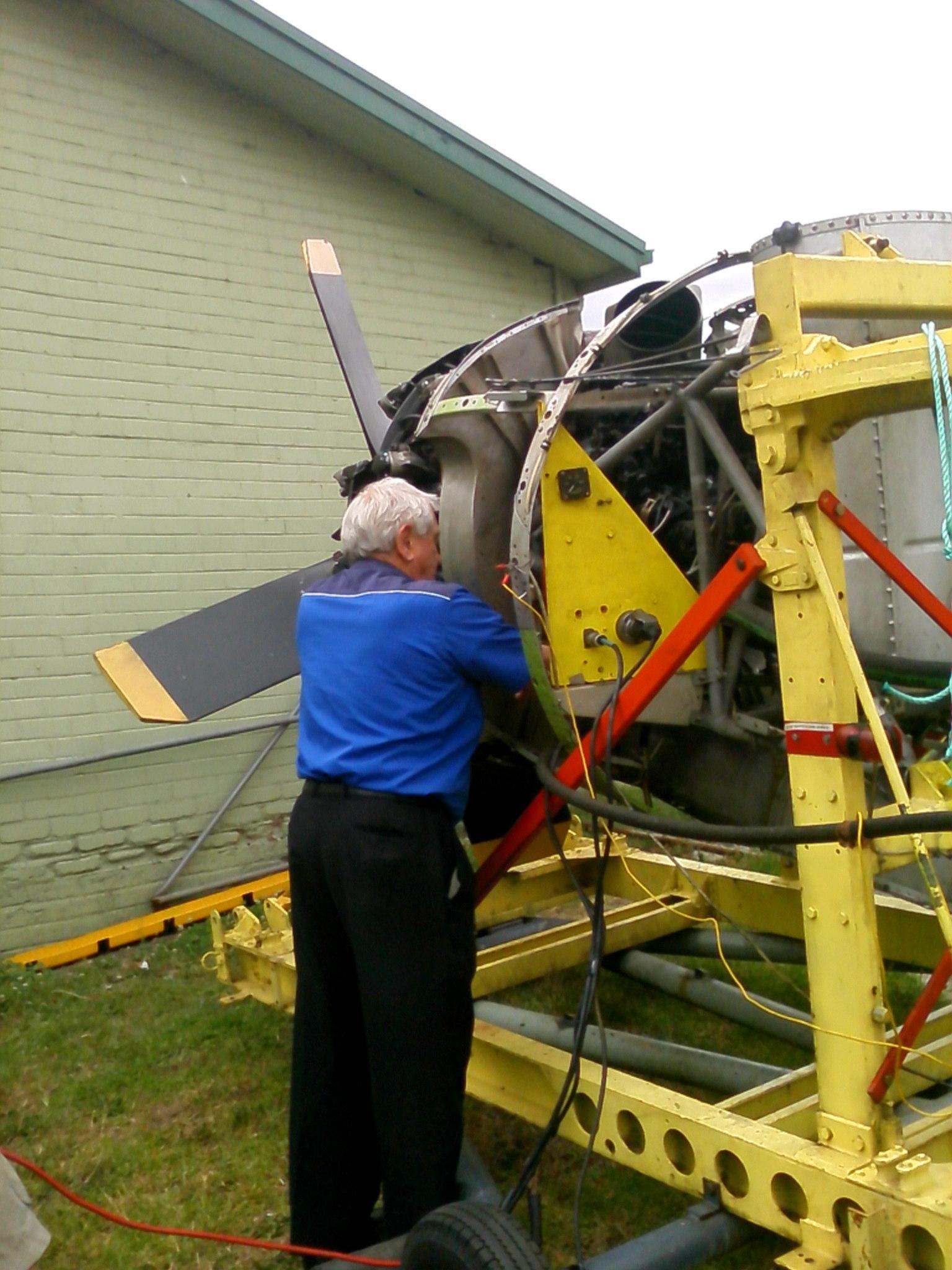 Get ready for the roar! 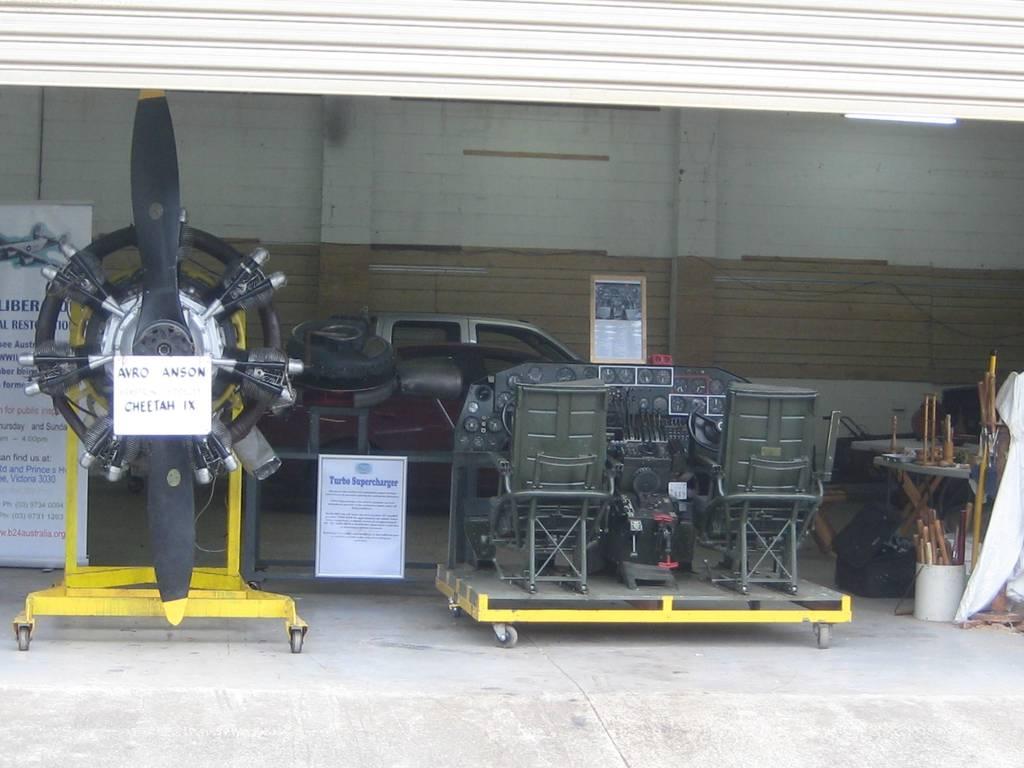 On 10th & 11th January we put on a display at the Geelong Show Grounds as part of their steam festival. The shop trailer is finished & it had its first outing then. A great asset for a show. The Geelong organisers arranged for the P&W 1830 to be taken to the show & it was run twice on each day. It attracted a lot of interest as did the display of the Cheetah engine.

On 26th January we hosted a BBQ, tour & engine run for 80+ members of the River City Coupe Club: great little cars. It was a good Australia day event. There were about 40 cars on display & they were a great sight. 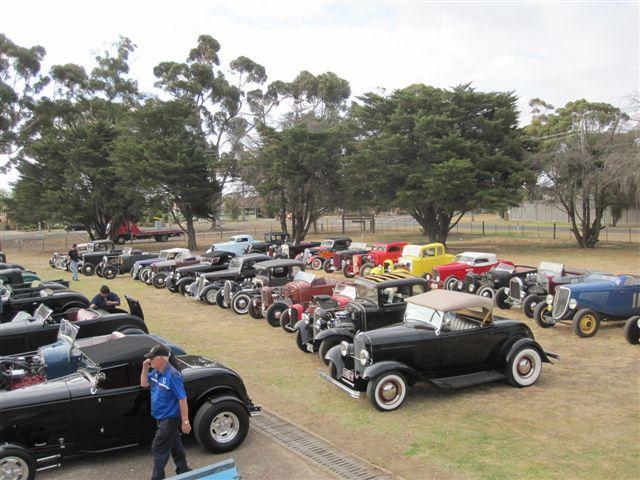 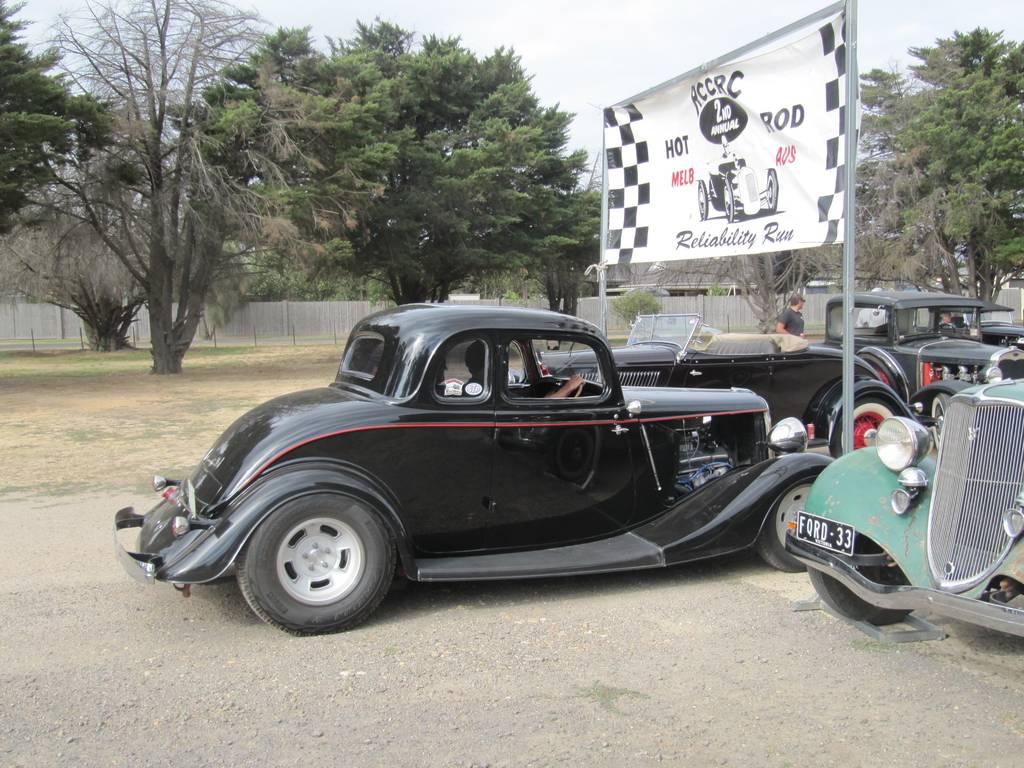 Through the starting gate, food on the right.

On 30th January the Macedon Ranges Ulysses Club arrived for a tour & BBQ. Due to some confusion only 12 members arrived but enjoyed their visit. Unfortunately the sausages never made it so there were a few hungry people. 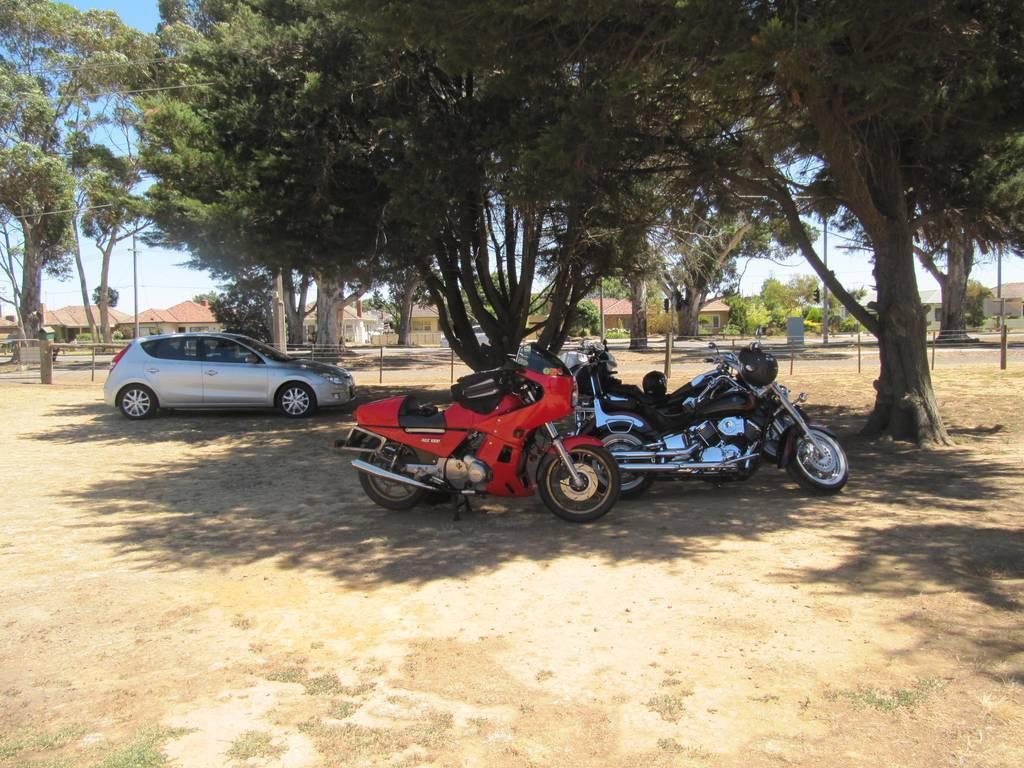 Bikes need to get out of the sun too.

This will be held at the hangar on Wednesday 24th April starting at 11 am.

We are still working out costs & programme but wanted you to know the date to put in the diary; or on the calendar.

All Lib personnel (flight & ground crew) & family members are welcome. If you know of anyone who would like to attend & hasn’t been on previous years please ask them to contact the Secretary.

Even if you live alone deodorant is not a waste of money.

Never take an open stubby to a job interview.

When decanting wine from the box, tilt the paper cup & pour slowly to avoid bruising the wine.

The Bullen family donated a sum of money to the Fund part of which was to be used in some form of remembrance of Ken.

Dave Miller & Ken Hindle have prepared a perpetual trophy to be awarded at each AGM to the person who has made a significant contribution to the progress of the restoration. Nominations will be made by the hangar workers & voted on by them: peer appraisal & award. It can only be awarded once to an individual.

The trophy consists of a hammer used by Ken Bullen when he worked on the nose of the aircraft. Ken Hindle has mounted it on a perspex stand. Looks really good.

Do not use the microwave & the toaster oven at the same time. It will throw Earth out of orbit & we’ll plummet into the sun.

On the photocopier: Do not use me. I am possessed!