Some progress to report. We approached the Minister for Environment & Climate Change, Hon. Ryan Smith, to ask him to accept transfer of the land surrounding H2 into his portfolio as Crown Land with the Fund being appointed as Committee of Management. He declined citing the poor condition of the building as the reason. We think he has confused H2 with H1 which is in poor structural condition. Minister Ryan will visit us in June to see the actual condition of H2. In May, Gordon Rich-Phillips (Assistant Treasurer & Min. For Aviation Industry) will also visit the hangar.

We prefer option 3, as it offers us the greatest control of our future so are actively pursuing that matter.

Wyndham City Councillors have now visited the hangar & we have prepared a submission for presentation to the CEO & Directors of WCC asking for their support in our aim of achieving option 3.

John Temby has prepared a detailed plan of the possible development of the site which has been met with enthusiasm & acceptance.

Most of the oxygen system has now been fitted throughout the aircraft. Decals have been made to place on bottles & controls in the system & they provide a great finishing touch. Colin Hancock is working on this project. 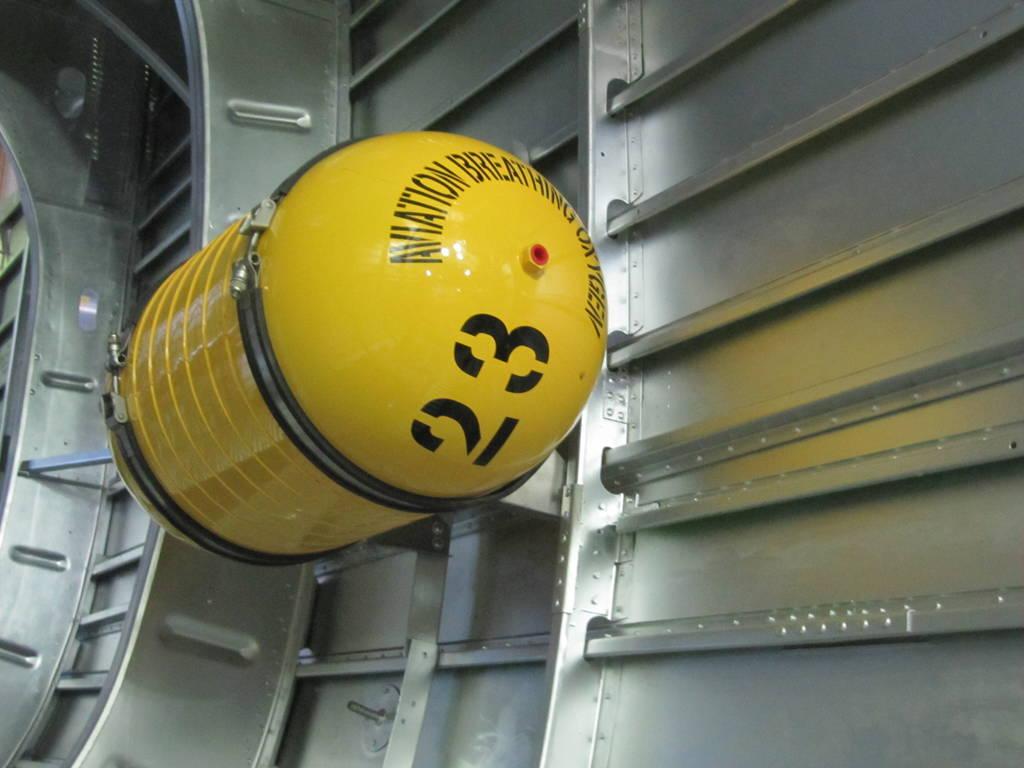 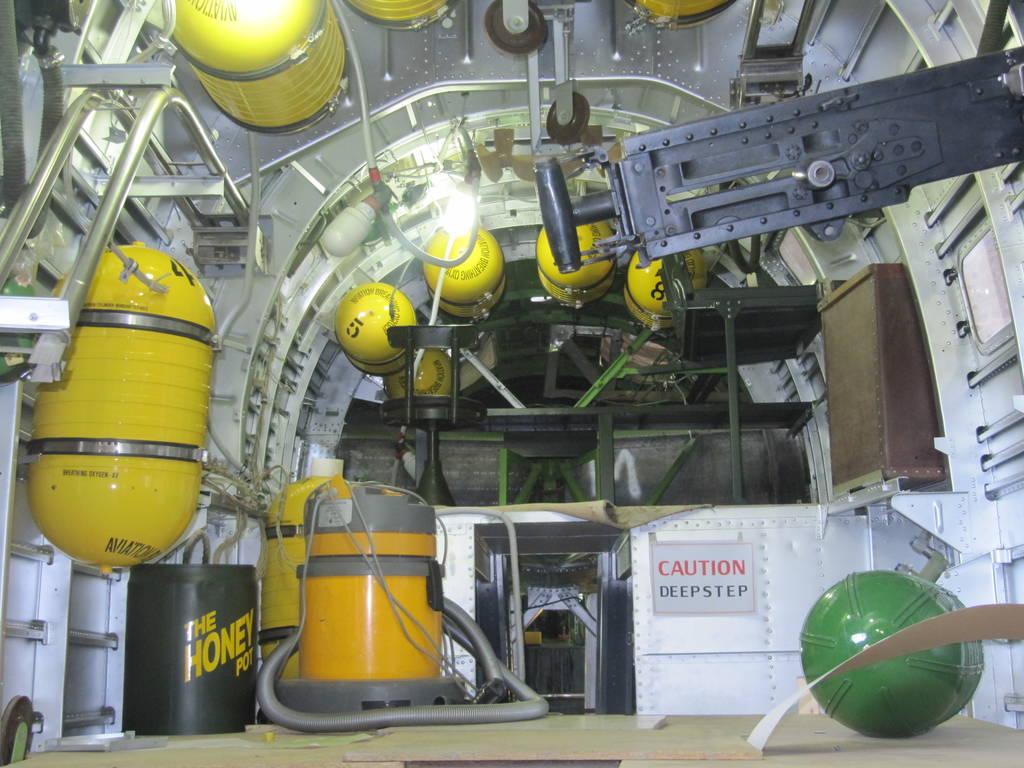 NB: A very important item, the honey pot, has been installed.

Nacelles have been fitted to the firewalls of 2 engines. The third is in progress.

We have purchased a bigger compressor; a much needed item. 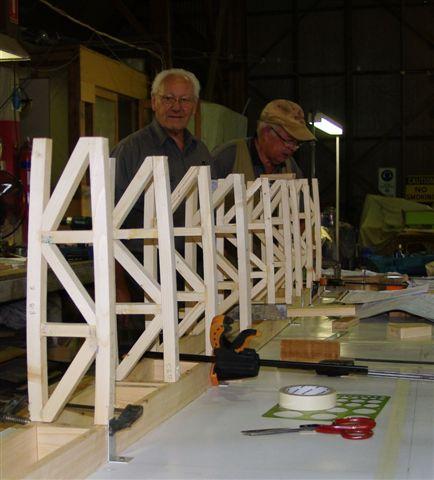 Above: Ken and Doug at work 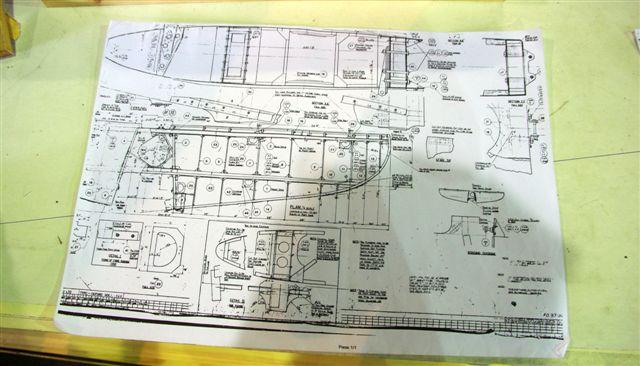 Above: The Oxford spar drawings

19th May: Gisborne Steam Rally; display taken to the show at Gisborne

This trophy was scheduled to be presented at the 2013 AGM but due to support from the hangar workers it has been decided to award it posthumously to Ron Platt for 2012/13.

The Bullen family are also in support of this idea.

Members of the Platt family came to the hangar to accept the award & to put plaques on Ron’s toolbox in his memory. The tools have been donated to the hangar for use by new members who have not yet built up a personal collection of tools. Also donated was a sum of money given in Ron’s memory by family & friends.

Our thanks to the Platt family for their ongoing support. 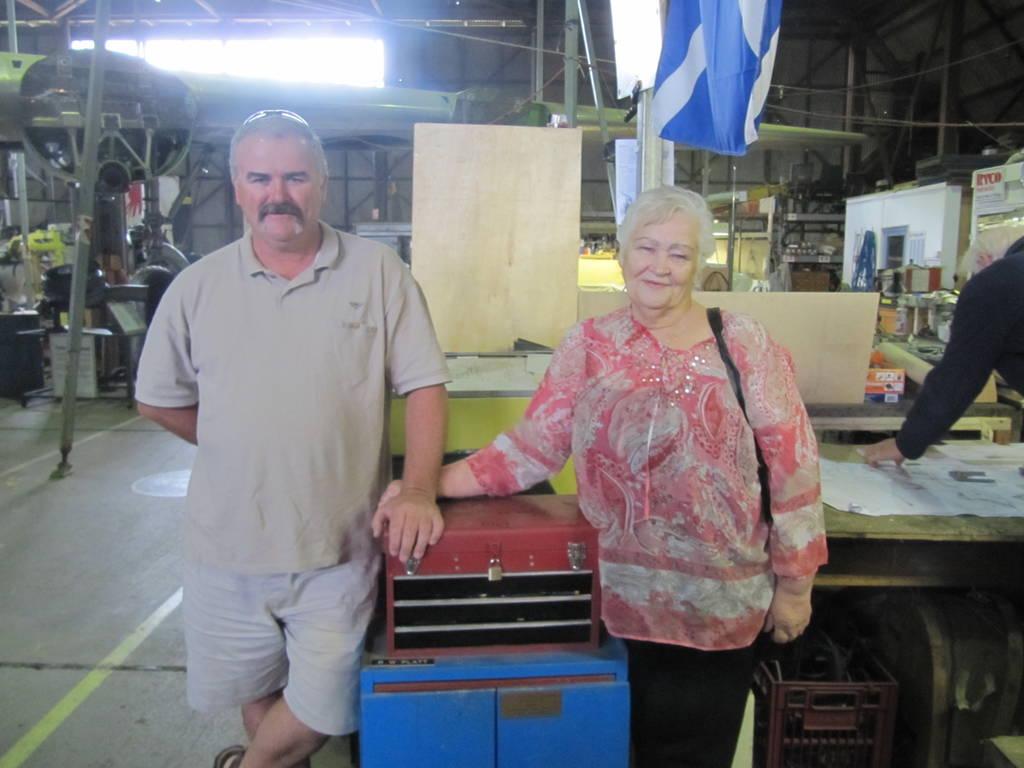 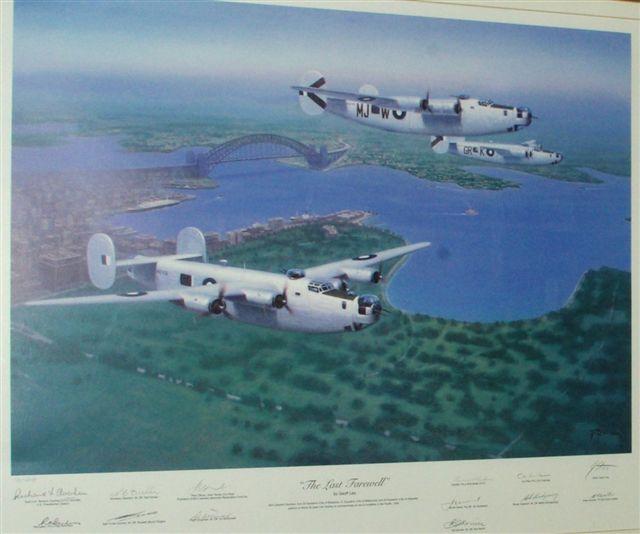 We attended the show on the 3 open days and were open at the hangar for the 6 days of the show. Lots of very tired people when it was all over. We did raise a considerable sum in sales & donations & met many new people interested in our restoration as well as catching up with the regulars who visit each show time.

The flight crew of the B-52 visited the hangar & were very impressed with the B-24, noting many similarities between the two aircraft. At the B-52 base in Louisiana they are restoring a B-24 so we were able to swap parts & information.

We have been given several numbered prints of this painting by Geoff Lee. Some years ago this painting was signed by members who had served in each of the respective positions in the Liberator during the war.

We are offering these limited edition prints at a cost of $120 each.

* Nothing is foolproof to a sufficiently talented fool.

Membership time again. Please contact the Membership Registrar for a renewal form and send the completed form to PO Box 156, Werribee, 3030 by 30th June. We rely heavily on the annual subscriptions.

Thank you for your support.

Remember, if you do not want your address/phone number available to members who ask to see the membership list please contact the Secretary in writing at: 3 Eldorado Court, Wyndham Vale, Victoria 3030

Mark Pilkington from the Aviation Museum in Moorabbin, Victoria, has organised a petition in support of the establishment of a National Aviation Museum. We have sent an observer to sit in on the sub-committee meetings. We have copies of the petition at the restoration hangar. If you would like a copy of this petition to circulate at clubs, etc please contact the Secretary.

We’ve had some generous support recently.

Wrightforest Products in Werribee have donated timber for the Oxford & the John Holland Company at Tullamarine has donated scaffolding, much needed from an OH&S point of view.

Several hangar workers went to collect the scaffolding. Getting it off the trailer caused some moments of concern! 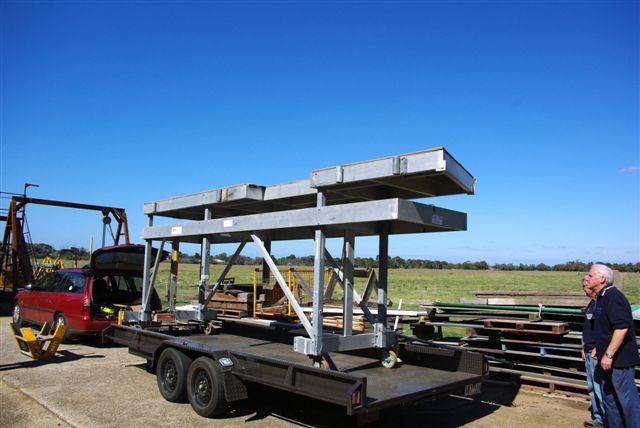 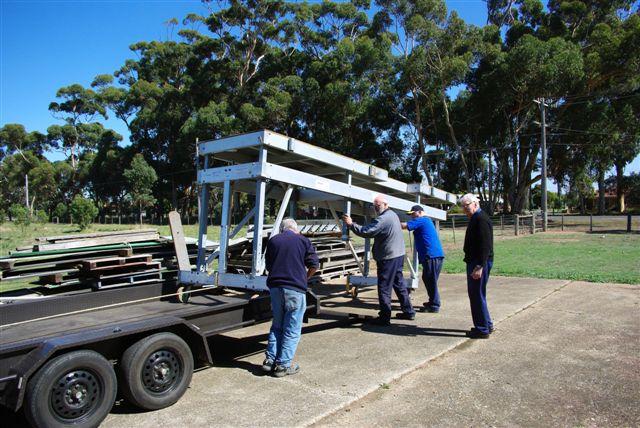 Above: Doug acting as supervisor. Well, Presidents have to be seen to be doing something!

For Sale or Swap

Sextant surplus to needs: for sale or swap.  Please contact us here at the hangar.